Lending is a big topic of conversation at the moment, given the current pandemic and its economic implications. However, the UK has long been a nation of lending, and so we’re going to explore this in further depth in this post.

Loans are extremely popular. You have loans to help you start a business, as well as home loans to help you buy a property. There are then so many different types of people, from different social and economic backgrounds, find themselves stumped for cash when hit by an unexpected bill or fee that needs to be paid instantly. While they can generally afford to pay such a bill, they’ve been caught between paydays. It’s the kind of situation anyone can end up in. But is it a situation you want to be caught up in? Despite being incredibly helpful in dire situations, payday loans can end up causing people difficulty. Is there a way to avoid this?

Before we come to talk a bit more in-depth about the mechanisms and solutions behind your payday lending problems, it’s best to understand who payday lenders are and what they do. Payday loans, also known as payday advances, are generally loans of up to £500 that are repaid on the day you get your next wage (hence the usage of the term ‘payday’). Previously in the UK, there had been an absence of restrictions on the interest rates that these lenders could collect – meaning that people could end up paying rather ridiculous interest levels. The industry grew rapidly with many payday loan companies setting up shop – with the number of borrowers in the UK growing four times in size from 2006 to 2009 – with 1.2 million people taking out 4.1 million loans in 2009. The lending totalled an astonishing £1.2 billion; and, by 2012, it had reached £1.8 billion. That’s a lot of people lending and borrowing a lot of money – therefore, demonstrating how widespread these types of loans were proving to be. The average payday loan amount paid out to borrowers is thought to be somewhere between £265 and £270. But the likes of Buddy Loans offer greater amounts, so there are plenty of options out there.

In the past few years, however, there have been significant changes in the UK payday loan system that has affected both the way lenders approach their borrowers, while the borrowers have been given extra rights and protections. In 2010, the Office of Fair Trading (OFT) found that, while the payday loan industry needed to do better and the government needed to introduce more radical legislation, these lenders provided a legitimate service. They were proving to be useful to help cover a gap in the instant payday loan market. However, after a long-awaited update in 2013, the Office of Fair Trading lashed back at the industry and was very critical of their practices. So the Financial Conduct Authority (FCA) was set up to help better regulate the industry in 2014 – with the changes coming into effect in 2015. This saw the authorities gain greater control and powers over rogue traders – a move that was wildly welcomed from ethical lenders in the industry, those outwith the industry, and, of course, borrowers. This essentially ensured that borrowers are now better protected and have more rights when it comes to dealing with lenders.

Can You Get Payday Loans For Bad Credit?

There’s often a perception that payday loans for bad credit are easy to get. However, since the FCA has cracked down on many rogue lenders, the application processes have seen an industry-wide improvement – which means that more lenders are properly considering if borrowers can actually afford the loan they are taking on. But what if you’re one of those people who suffered as a result of these changes? Perhaps you have historically bad credit and therefore you are not guaranteed payday loan services anymore? The reality is that there are lenders out there who are willing to take you on as a borrower. Some larger lenders use completely automated systems that don’t really take into consideration your current circumstances, which may be very good, and instead focus on the historic bad credit and perhaps even payday loans you’ve had in the past. However, there are lenders who will focus more on your current circumstances. Perhaps now you have the ability to pay back these loans whereas then you didn’t in the past; so why should you pay the price for past mistakes? A good lender will consider all of your circumstances.

What Kind Of Lenders Can You Trust?

So given that we’ve discussed the more nuanced details of direct payday lenders, you’re probably wondering what kind of loan lender would suit you. In the first instance, it’s always best to look for alternatives. Ask your friends and family if they would be able to help you out with a loan. They may ask for very little, or no, interest in helping you out; so it’s always worth a try. However, if a loan is looking like your only option, then that won’t help you. So do you take the chance with a payday lender? Well, it’s not the only option. While payday loans can make people feel pressure, because the loan could be due in a couple of weeks (plus interest), there are other short term loan options. You could pay a loan back in installments over 3 months or even 6 months. That way you don’t have to deal with the pressure.

All in all, there is no denying that short-term loans have really become popular over the past decade.

However, you can get yourself into a lot of trouble if you are not able to pay the loan back so make sure that you always lend responsibly. The last thing you want to do is get into an even worse situation than you’re in now, so don’t take the chance.

Glasgow Food Travel & lifestyle blogger on a mission to discover all that is dynamic & diverse. View all posts by krismunro 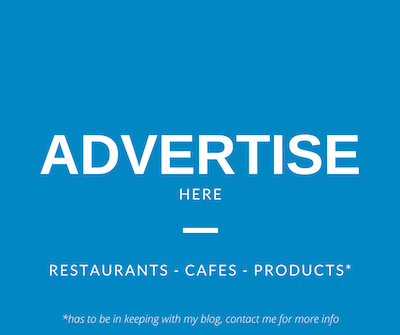